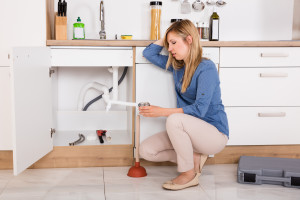 In our many years of providing a reliable local plumbing service we have seen some pretty impressive sights in homes and businesses across the county, most of which we were able to fix no trouble at all.

Common plumbing problems in Loughborough have included leaky pipes, broken boilers and blocked drains. Sometimes people will try to find a way to fix things themselves, but ultimately, calling out a professional to handle the issue is often the best way forward.

Plumbing problems can crop up out of the blue, but often it’s something which has been put off and gradually got worse over time, such as a leak or blockage. And, because of this, it can mean more extensive damage and costly repairs further down the line. Needless to say, the way to avoid plumbing problems is to tackle the issue when you first realise something’s wrong, that way it’s easier to fix.

The majority of the time we are asked to come and sort out some very similar plumbing issues. It tends to happen when you’ve been in the business as long as we have. Five frequent plumbing problems that we are called out to include the following:

If you’re looking for plumbing solutions in Loughborough, then why not make the most of our years of experience and trusted reputation, by giving us a call. We can come and fix the problem in no time, meaning those plumbing nightmares are no more.

Get a free quotation

Just fill out the form to receive a great quote from the team at Robert J. Dutton

Find us on Google!

Latest from the blog

For top advice and tips, read our blog to receive the latest posts from our team

Jun 30 Why You Need A Reliable Plumber This Summer

May 17 Why you should get a wet room in Leicester?